Today, it’s all about waiting.

Waiting to start the 2017 addition of the Helsinki Midnight Run. (My start time is 21.25, Helsinki time.)

Waiting to hear how prepared and where are family and friends in Florida are hunkered down and hopefully safe from Irma’s approach. (Last forecast has her hitting the Florida Keys early Sunday morning local time, Sunday afternoon our time.)

And, waiting to learn the fate of those who are currently riding out Irma’s wrath across Cuba.

Here's a brief recap of some of #Irma's most notable meteorological records – valid as of 11am EDT. https://t.co/KRpcq2GZIr pic.twitter.com/Fspgd5bUzL

I hate waiting. For anything. But, waiting on all of this on the same day has me unbelievably restless and anxious and fidgety. And, the weather here appears to reflect my mood rather well — rainy, windy and generally miserable and unsettled.

There’s absolutely nothing we can do from here for those in Florida and Cuba currently either experiencing what I image to be hollowing winds and lashing rain, deafening and terrifying at once. I can’t help but worry about those we’ve met who live far too close to the water’s edge. I can’t help but think of the waves currently crashing over the Malecón, which will likely grow and intensify as Irma follows Cuba’s coast. And, I hope against hope that not too much is washed away.

And, I can’t help but wonder what will remain tomorrow and the day after.

And, then comes Florida, likely to take on the full force or Irma’s terror.

As I sit or pace or try to work and take my mind off Irma’, the faces of those I love flash before my eyes, whether in Cuba or Florida.

And the word that comes to mind is simply, ‘¡cuidate!’

Victoria — the best mother-in-law ever! 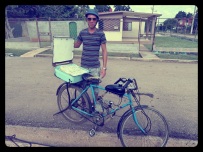 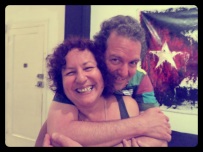 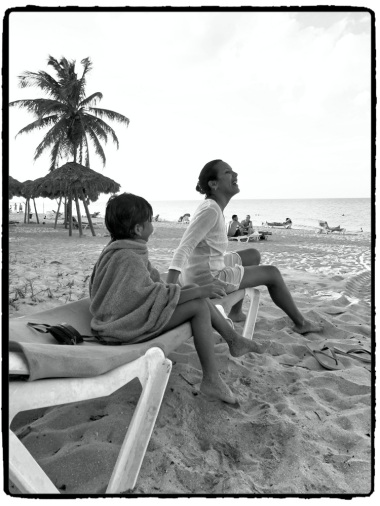 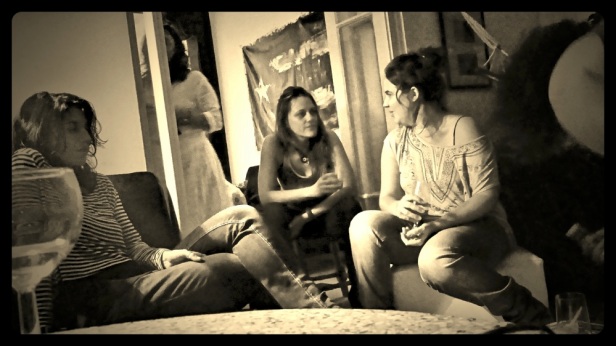 Miriam and Marta. And, Miriam. I love these people. Dearly.

Prima Isa, a fellow Crazy Cat Lady, on the ferry from La Habana to Casa Blanca

Tia Menita making Cuban tamales. How many tamales have those hands made?

A curious young fellow who posed for a photo with Ernest in Cojimar, Cuba. January 2015 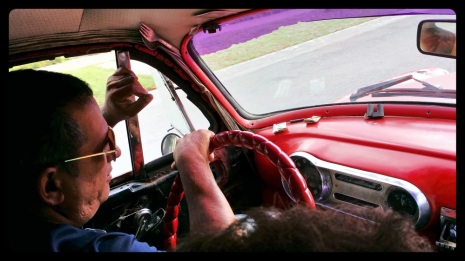 Ernesto and his almendrón. A mid-50s beauty that included the original dashboard. Note the random assortment of items lodged in various spots around him. Cuba. January 2015

A pastillitero on the ferry from La Habana to Casa Blanca 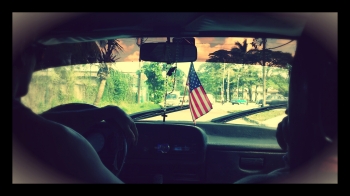 A taxi, driven by Dari, featured an American flag.

Running the Malecón in Havana. Right about where that first wave breaking the wall is where I took a nasty tumble and twisted my ankle in January 2017.